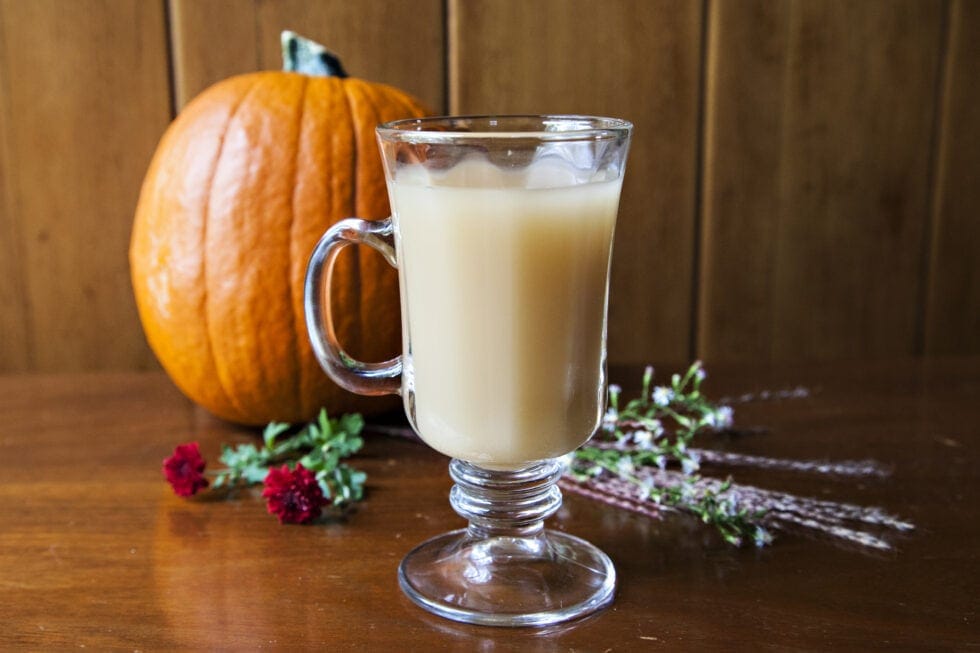 I was talking with a friend of mine in the UK the other day. We were talking about different histamine liberators like cinnamon. She then laughed and asked me: “What’s up with you guys and your pumpkin spice everything?”

It’s not the first time one of my international friends asked me this. It’s true! In the USA, we do seem to be obsessed with Pumpkin Spice everything!

The flavors of pumpkin spice are just so warming and comforting for many people.

But, these pumpkin spice flavors are all high histamine:

And a lot of the pre-packaged pumpkin spice flavorings are artificial and contain chemicals we need to avoid.

I’m a bit of a foodie, if you can’t tell from our recipes. 😊 So, I’m always looking for ways to enjoy my favorite foods and beverages.

With Histamine Intolerance, this means I have to make modifications sometimes. I remember feeling deprived when I first started eating low-histamine. That’s why one of my missions has been to find enjoyable low histamine foods.

And I realized I just had to get creative.

I don’t want you to feel deprived either! This is why I keep experimenting with new recipes for our Mast Cell 360 Community.

Because pumpkin spice everything (as my UK friend would say) is so popular, I wanted to find a replacement for us to enjoy. That’s where this drink comes from.

I swapped out the traditional high histamine ingredients used to create pumpkin spice. Instead, I’ve used these ingredients that have been found to have histamine-lowering and mast cell-supporting properties:

This drink gives you those warm, comforting flavors we often associate with autumn. It’s kind of like a dandelion root chai.

I started the base of this recipe with dandelion root tea. Dandelion root tea offers great health supports. It can support detoxification of mycotoxins through glucuronidation, for example. If you want to learn more about this process, check out the Precision Mold Master Class.

But briefly, what that means is this. Mycotoxins are toxins put out by mold spores. They can cause health issues for some people when they aren’t eliminated properly. One way mycotoxins are eliminated from the body is through a process called glucuronidation.

Glucuronidation is a process by which substances (like mycotoxins) are combined with glucuronic acid. When this combination happens, the substances become more water-soluble. This makes them more readily excreted by the kidneys or in bile.

Dandelion root is a very gentle way to boost this detox process. Dandelion can also:

Ginger is another ingredient this recipe calls for. Being on a low-histamine diet doesn’t mean you have to sacrifice big, bold flavors. I use ginger in a lot of recipes because it adds spice and warmth. It’s such a versatile ingredient. You can use it in savory dinner recipes or sweet treats.

And research has shown that ginger has antihistamine and anti-inflammatory properties.

Inflammation is common with Mast Cell Activation Syndrome or Histamine Intolerance. Foods with anti-inflammatory properties can be good choices to support better health.

Fresh ginger is the best choice. It will have lower histamine levels and be richer in the compound called gingerol. Gingerol is the compound which has been shown to exhibit antioxidant and anti-inflammatory properties.

Cardamom is another spice I use frequently. You might be familiar with it if you’ve ever been to an Indian or Middle Eastern restaurant. In Indian cuisine, whole cardamom pods can be used to prepare basmati rice.

It’s also been used in traditional Turkish coffee recipes. And in this pumpkin spice recipe, cardamom is being used similarly to bring an earthy, robust flavor to our drink.

Like ginger, cardamom also has been shown to reduce inflammation. And it contains manganese.

Manganese is a trace mineral which your body needs. It plays important roles in the body including in digestion and the nervous system.

It’s not uncommon for those of us with Mast Cell Activation Syndrome or Histamine Intolerance to have issues with digestion and/or nervous system dysregulation.

The gut contains a large number of mast cells. Gut inflammation can lead to more mast cell activation. So, anything we can do to support good gut health and good digestion is a bonus.

You can read more about the gut and Mast Cell Activation Syndrome here:

And if you’ve been following the blog, you’ll know how important supporting the nervous system has been for myself and many of my clients.

Supporting the nervous system can require work with the vagal nerve and the limbic system as well as brain-supporting supplements.

But we can also further support the nervous system and the body’s other systems naturally, too. We do this with our food choices. Choosing low-histamine recipes with foods that are rich in supportive properties is one way we can help support the body.

One last thing to note about the ingredients in this recipe: vanilla powder.

Vanilla is usually fermented. Generally, fermented foods are higher histamine. But raw vanilla is lower histamine. Make sure you get the raw ground beans. It is a bit on the expensive side up front, but it lasts a long time in the fridge or freezer.

Look for the vanilla powder to be very dark brown. If it’s white, it means it was highly processed – that’s a “no” for the low-histamine diet.

Now, if you’re ready, get out your fuzziest sweater and cozy up with this delicious “pumpkin spice” drink. Enjoy! 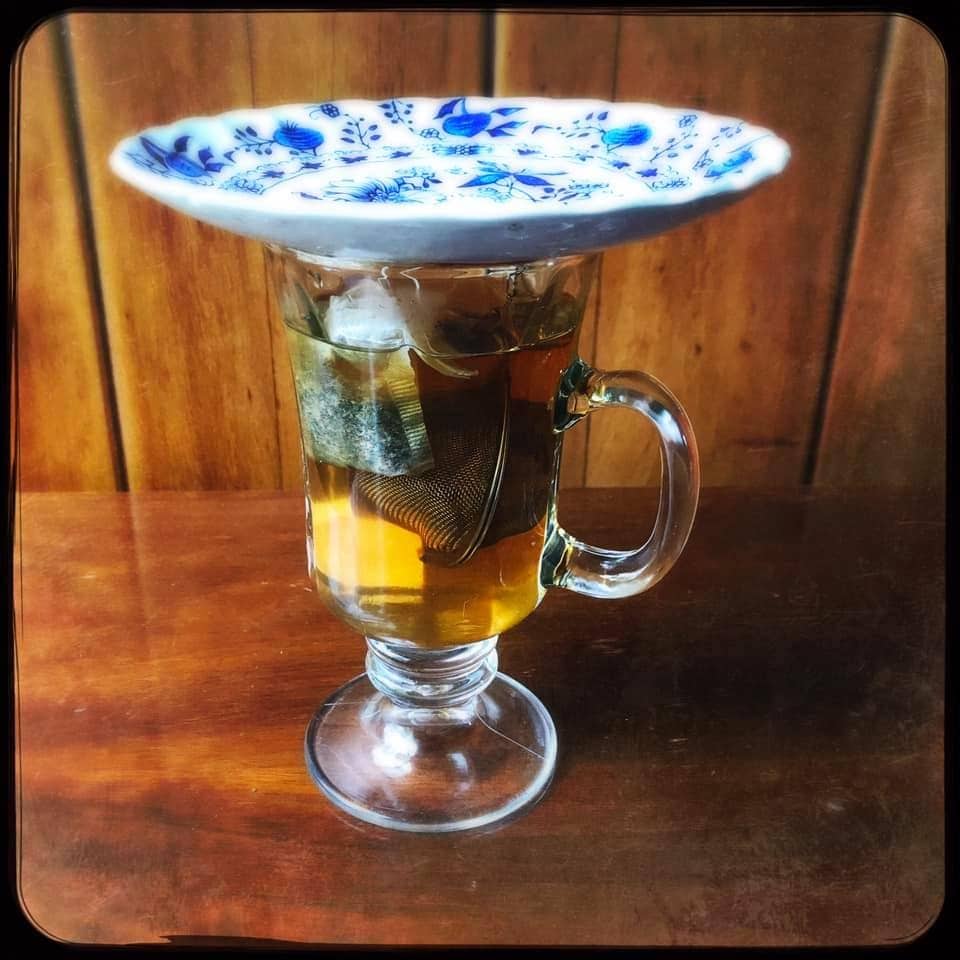 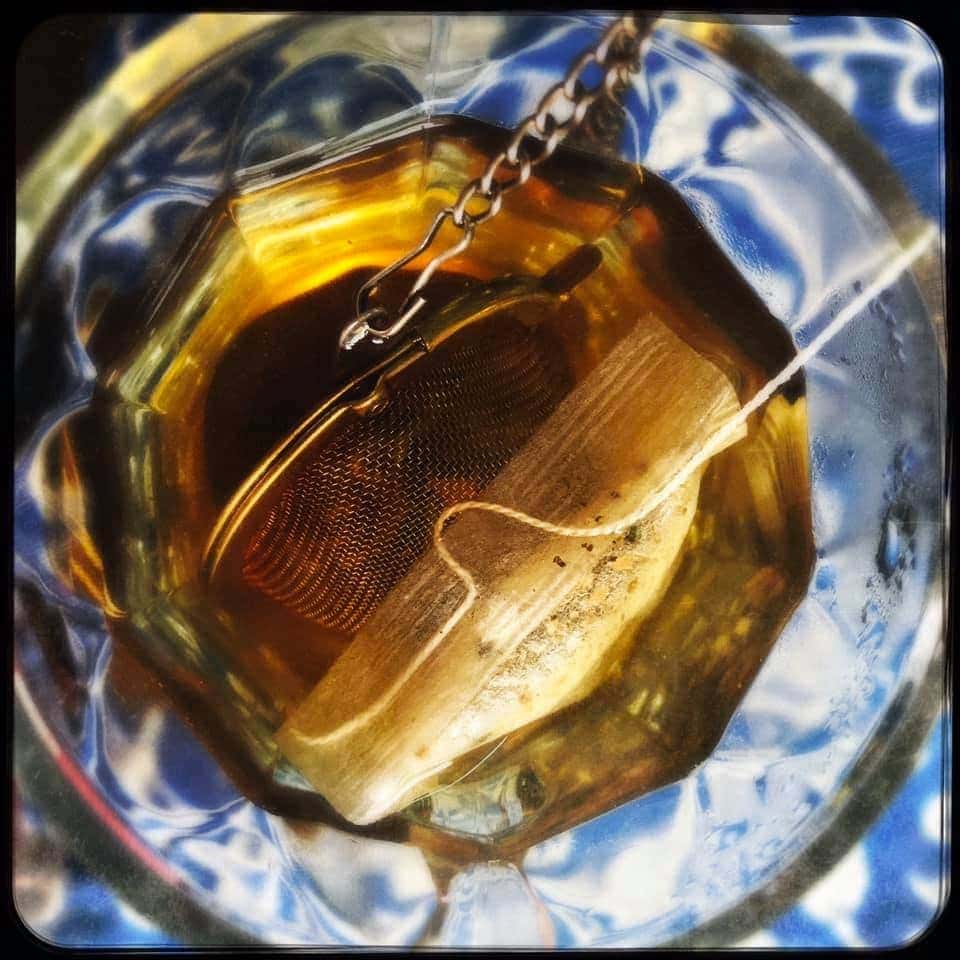 TIP: You can cover the top of your mug with any flat dish (like a saucer or plate) to keep the drink warm while the tea steeps.

The tea is a tasty treat on its own, but also makes a great pairing with scones. Check out our low histamine scones post for the recipe.

Learn how to address mold gently and the right way in the MC360™ Precision Mold Master Class!

Get your FREE Mast Cell Report!

Join our online community and get a FREE copy of the 7 Common Root Causes in Mast Cell Activation Syndrome!